These WiFi routers provide the best value, whether you're connecting multiple devices in a large house or equipping a cozy apartment.

The next generation of network technology is WiFi 6 (AX), and the WiFi routers that support this new standard are now available from all the major manufacturers at a level that makes these new routers as affordable as the previous generation of WiFi 5 (AC) routers. Of course, your device will need an AX network interface to communicate on this network protocol, but don't worry, WiFi 6 is backward compatible with older protocols.

Today, the biggest advantages of the new WiFi 6 standard are speed, range, bandwidth, and persistence; meaning your AX equipped devices will communicate faster, at longer ranges, with less interference from other devices, and with greater consistency than AC equipped devices connected to a WiFi 5 network. Later, expanded capabilities will become realities with a WiFi 6 internet router, such as IoT (Internet of Things) applications.

Cell phone manufacturers started integrating WiFi 6 AX network adapters into premium models as early as two years ago, and have since accelerated the use of AX adapters into mid-range and budget models - laptop manufacturers have followed a similar path. There is no need to run out and purchase a new router just because your current router employs the older WiFi 5 standard, but if you need to replace your router because it is failing, or you have a need for greater coverage, then you should definitely purchase a WiFi 6 router. Also, if you have newer phones or laptops with WiFi 6 AX network adapters, you can't take advantage of WiFi 6 without upgrading your router.

One last thing, don't be fooled by the "gaming" claim on some routers. These routers have all the same functionality as "non-gaming" routers, it's just that they have some additional QoS or bandwidth capabilities that gaming enthusiasts find desirable. 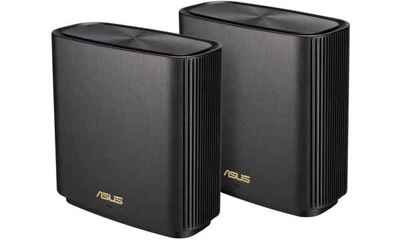 The sheer speed of the ASUS ZenWifi AX mesh WiFi router provides top-of-the-line performance for streaming video, gaming and other online activities. It has an excellent collection of apps, a good set of advanced controls, and security features, and offers excellent content filtering for parents of young children.

The two unit system should comfortably provide 4,000+ sq. ft. of coverage, and a third unit can be added for even greater coverage or to overcome house configurations with unusual interference issues. With a dedicated back-haul channel between the units that keeps all connected devices running smoothly, this system is easily the equal of more expensive systems, making it the best mesh WiFi system. 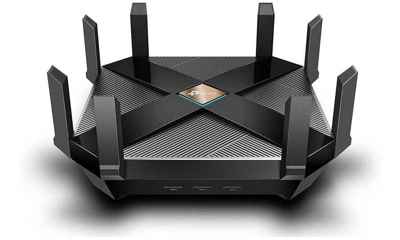 The TP-Link AX6000 WiFi router is all about value for performance, with far above average features and security capabilities at an extremely attractive price point. While not quite as fast as some of its more expensive competitors, the AX6000 delivers high-end performance and capabilities.

Its 8 wired Ethernet ports makes its networking capabilities just as good with wired devices as it is with WiFi. This wireless router has an intuitive interface and is easy to set up. If you're looking for a WiFi 6 router with the performance, quality and features of more expensive models, the TP-Link AX6000 delivers.

This is the best home WiFi router for the money. 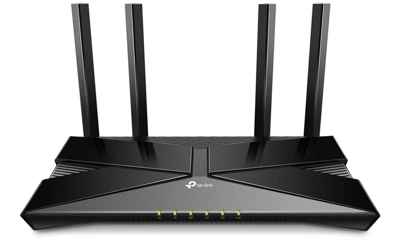 Of course, there are some things missing, such as support for 160MHz channel width or WPA3 encryption, and it lacks multi-gig and USB ports, but do you really need those? For smaller households looking for a solid budget wireless network performer, it's hard to beat the TP-Link AX1500 as the best router in the category. 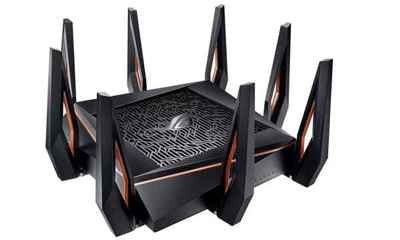 Its QoS engine quickly prioritizes Internet traffic for different services, including online gaming (default), and the router can connect to a game-centric private network powered by WTFast. And the gaming crown jewel is Open NAT, which allows for quickly setting up port forwarding for up to 32 clients on the network based on a particular game and the type of game console.

With its robust interface and generous feature set, the ASUS GT-AX11000 provides everything a whole-home router could need; and yes - it's mesh capable for extended network coverage when needed. 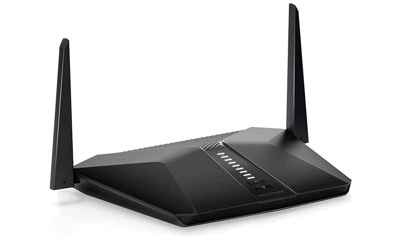 The Netgear Nighthawk AX4 (AX300) demonstrates some great performance numbers for throughput, with a near-distance testing speed of 344 Mbps at 2.4 GHz, and 345 Mbps on the 5 GHz frequency. These numbers demonstrate the value of the WiFi 6 specification.

For gaming, the Netgear Nighthawk offers an on/off toggle option for QOS to maximize allocation of bandwidth to gaming devices connected to the network. Although the AX4 has respectable total network capacity of 3 Gbps, it is not recommended for more than 1,500 sq. ft. of coverage.

At a more affordable price than the typical gaming router, the Netgear AX4 is the best gaming router for budget conscious gamers.